← more from
Wharf Cat Records
Get fresh music recommendations delivered to your inbox every Friday. 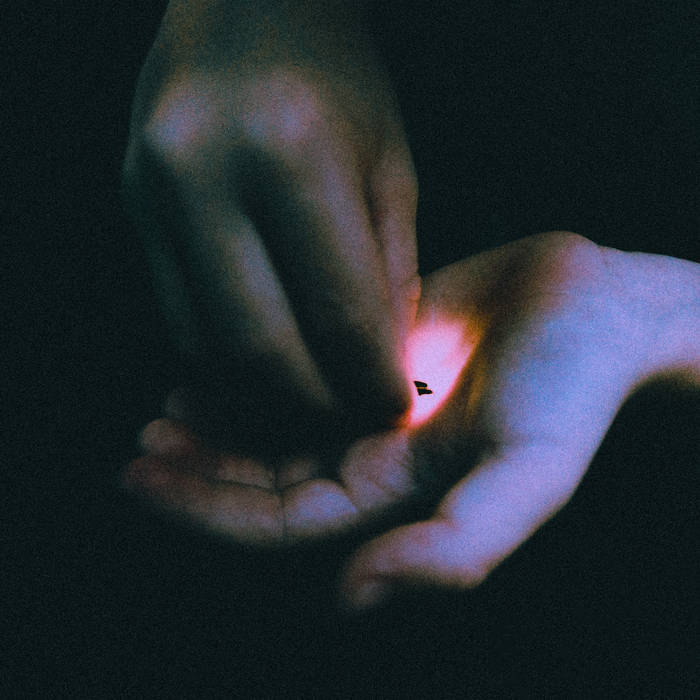 Ippocalyptica The boys from Brooklyn do not disappoint on what is a fantastic gothic-infused alternative rock album full of raucous riffs, subtle avant-garde leanings, and just the right amount of influence (vocal and otherwise) from Nick Cave and Leonard Cohen. Stray features more swagger than the Italian national soccer team and more smoothness than that exhibited by George Clooney and Brad Pitt in Ocean’s Eleven. As larger-than-life as this album is, I can only imagine how it sounds played live… Favorite track: Serafina .

Dena Maxwell Listening to Bambara’s music gives me the feeling I get when I read Donna Tartt’s second novel; like I’m holding something dark and sharp that I can’t put down. Favorite track: Serafina .

andrewtherooster Moody, raw, atmospheric and full of powerful stories. This record transports you places. Influences like the Gun Club and Nick Cave are apparent, but what Bambara does, they do it with such conviction, you can't help be drawn into this grim, weird world. The thrilling plot of "Machete" is worth the price of the record alone. Favorite track: Machete.
more...

One thing you won’t be able to avoid on Bambara’s Stray is death. It’s everywhere and inescapable, abstract and personified – perhaps the key to the whole record. Death, however, won’t be the first thing that strikes you about the group’s fourth – and greatest – album to date. That instead will be its pulverising soundscape; by turns, vast, atmospheric, cool, broiling and at times – on stand out tracks like “Sing Me To The Street” and “Serafina” – simply overwhelming.

Bambara – twin brothers Reid and Blaze Bateh, singer/guitarist and drummer respectively, and bassist William Brookshire – have been evolving their midnight-black noise into something more subtle and expansive ever since the release of their 2013 debut Dreamviolence. That process greatly accelerated on 2018’s Shadow On Everything, their first on Wharf Cat and a huge stride forward for the band both lyrically and sonically.

The album was rapturously received by the press, listeners and their peers. NPR called it a “mesmerising...western, gothic opus,” Bandcamp called the "horror-house rampage" "one of the year's most gripping listens," and Alexis Marshall of Daughters named it his “favorite record of 2018.” Shadow also garnered much acclaim on the other side of the Atlantic. Influential British 6Music DJ Steve Lamacq, dubbed them the best band of 2019’s SXSW, and Joe Talbot of the UK band IDLES said, "The best thing I heard last year was easily Bambara and their album Shadow On Everything." The question was, though, how to follow it?

To start, the band did what they always do: they locked themselves in their windowless Brooklyn basement to write. Decisions were made early on to try and experiment with new instrumentation and song structures, even if the resulting compositions would force the band to adapt their storied live set, known for its tenacity and technical prowess. Throughout the songwriting process, the band pulled from their deep well of creative references, drawing on the likes of Leonard Cohen, Ennio Morricone, Sade, classic French noir L’Ascenseur Pour L’Echafraud, as well as Southern Gothic stalwarts Flannery O’Connor and Harry Crews.

Once the building blocks were set in place, they met with producer Drew Vandenberg, who mixed Shadow On Everything, in Athens, GA to record the foundation of Stray. After recruiting friends Adam Markiewicz (The Dreebs) on violin, Sean Smith (Klavenauts) on trumpet and a crucial blend of backing vocals by Drew Citron (Public Practice) and Anina Ivry-Block (Palberta), Bambara convened in a remote cabin in rural Georgia, where Reid laid down his vocals.

The finished product represents both the band's most experimental and accessible work to date. The addition of Citron and Ivory-Block’s vocals create a hauntingly beautiful contrast to Bateh’s commanding baritone on tracks like “Sing Me to the Street”, “Death Croons” and “Stay Cruel," while the Dick Dale inspired guitar riffs on “Serafina” and "Heat Lightning" and the call-and-response choruses throughout the album showcase Bambara’s ability to write songs that immediately demand repeat listens.

While the music itself is evocative and propulsive, a fever dream all of its own, the lyrical content pushes the record even further into its own darkly thrilling realm. If the songs on Shadow On Everything were like chapters in a novel, then this time they’re short stories. Short stories connected by death and its effect on the characters in contact with it. “Death is what you make it” runs a lyric in “Sweat,” a line which may very well be the thread that ties the pages of these stories together.

But it would be wrong to characterize Stray as simply the sound of the graveyard. Light frequently streams through and, whether refracted through the love and longing found on songs like “Made for Me” or the fantastical nihilism on display in tracks like the anthemic “Serafina,” reveals this album to be the monumental step forward that it is. Here Bambara sound like they’ve locked into what they were always destined to achieve, and the effect is nothing short of electrifying.

All Songs Written by Bambara
All Lyrics written by Reid Bateh